Bronx Physical Therapy, LLP was founded in 1990 by Edward J. Blum and former business partner Roy Goldberg. Merging with Mr. Goldberg's previous office in the Bronx in 1994, they continued to develop and grow the practice, winning the praise of the community they served. Mr. Goldberg retired from the practice in 2007, as Rocco DeNobile, Jr., a staff physical therapist at the time, became a junior partner. 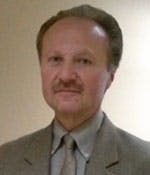 Edward J. Blum, senior and managing partner, is a Bronx native receiving his degree in physical education at Lehman College in January of 1978. He went on to earn his certificate of physical therapy in August of 1980, from Hunter College School of Health Sciences. As a consistent Dean's List student, his dedication and devotion to his future profession was apparent when he won an award of excellence in physical therapy. Dr. Blum furthered his education pursuing his clinical doctorate in Physical Therapy from the EIM institute of Health Sciences in Louisville, Kentucky in 2011.

Dr. Blum has taken numerous post-graduate courses and follows a philosophy for myofascial pain and movement impairment syndromes in his treatment, and guidance of the staff. His background in kinesiology and human movement, as well as being an avid baseball player from childhood through college, Dr. Blum has taken a special interest in treating athletes with throwing injuries. Dr. Blum has co-hosted the radio talk show "The Physical Therapy Show".